Is there a recipe for a successful EU presidency?

The Council of the EU does not have a permanent president but has a rotating presidency which lasts for six months. Each of the 28 EU member states takes turns to preside over the Council. This includes organising and chairing meetings of the Council and its preparatory bodies, but also ensuring that a consensus is reached among all members on the legislation. Thus the different configurations of the Council are chaired by the relevant minister from the country which is presiding. To follow up with our example on environment, the Environment Council (ENVI) will be chaired by the Bulgarian minister for environment and water during the Bulgarian presidency.

While the presiding country must broker the legislation on different topics, each Presidency sets its own priorities, on which it wants to focus more. In order to ensure that once the six-month Presidency is over, the legislation process is effectively continued, presiding countries work in a “trio” format. Thus, three consecutive member states that will preside over the Council, prepare and coordinate their work throughout the entire 18-month process and align their priorities to ensure continuity. The current trio format of the Presidency is held by Estonia, Bulgaria and Austria.

One crucial configuration, however, is not chaired by the minister from the rotating presidency. While the Council of the EU has an instrumental role when it comes to the EU’s common foreign and security policy, the Foreign Affairs Council (FAC) is currently chaired by Ms Mogherini. In the past, the Foreign Affairs Committee used to be chaired by the Minister for foreign affairs of the presiding country. Since the Lisbon Treaty of 2009, however, this competency belongs solely to the High Representative for Foreign Affairs and Security Policy. Nevertheless, the country holding the Presidency of the Council of the EU does chair another configuration: the General Affairs Council (GAC). The GAC decides on several cross-cutting issues such as Enlargement of the EU or Brexit and prepares the coordination for European Council Meetings, where issues of foreign policy can be discussed. During the Bulgarian presidency, the GAC will be chaired by the Bulgarian Deputy Foreign Minister.

Moreover, the presiding country can influence matters of Common Foreign and Security Policy through its role of chairing the COREPER II -  the Committee of Permanent Representatives in the European Union. COREPER is one of the main preparatory bodies of the Council where agreement is reached on a lot of the legislative files before they reach the configuration level where ministers need to approve it. Therefore, even if the presiding country does not chair the FAC committee, it can still have influence at COREPER II level, provided it finds a consensus among all the permanent representatives. 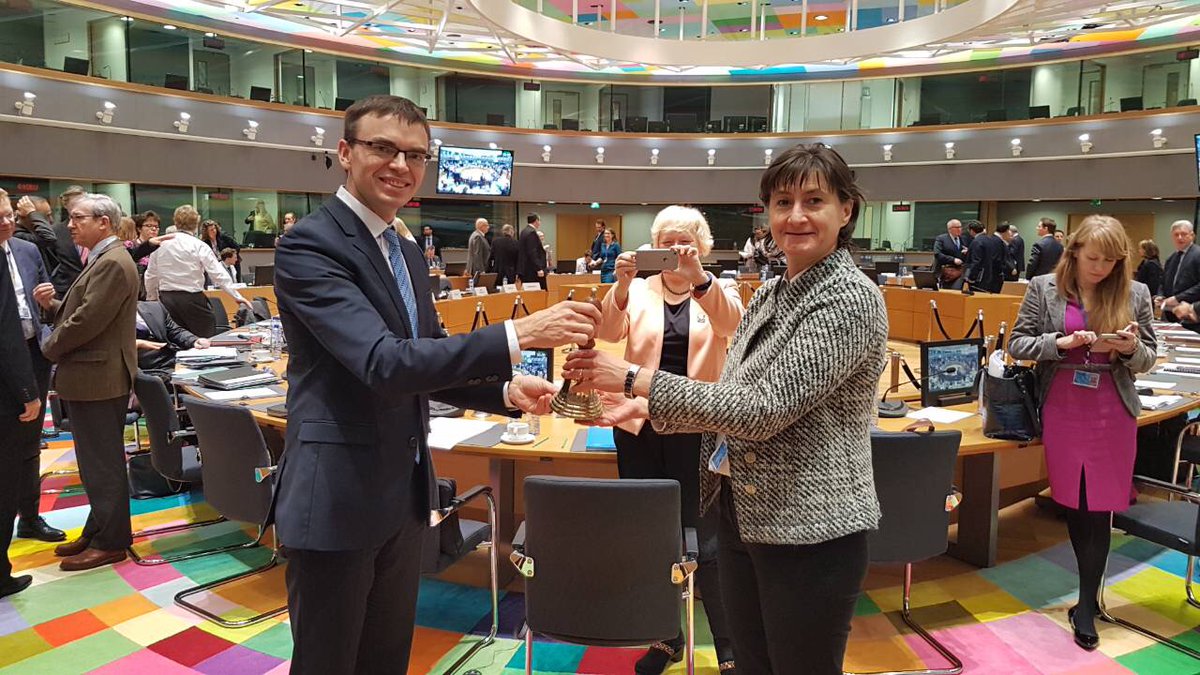 Presenting the Presidency country and engaging the wider community

In addition to chairing all the relevant meetings and working groups of the Council of the EU, both in Sofia and in Brussels, the Bulgarian presidency will also include over 200 political and cultural events on the territory of Bulgaria with over 200 000 visitors expected.

Such events offer a unique opportunity for interested stakeholders in a specific policy (e.g. Digital Single Market, Education and Culture, Climate and Environment, etc.) to get involved in the dialogue around the EU legislation discussed. Thus, the Presidency is more than six months of high-level meetings which are not always accessible to the public. On the contrary, civil society, the private sector and other organisations can be at the centre of policy discussions by both organising and participating in the side events, which will also be attended by both national and European officials and experts. What is more, such events offer an additional level of visibility for the presiding country and the actors, outside the official institutions, and whose work and achievements can be highlighted in a European context.

The recipe for a successful Presidency

The international attention a country receives during its Presidency, especially if it holds it for the first time, can create a lot of pressure on the country to perform successfully and present the country in the best possible light. And while in the media, the focus is usually on the international visibility and image of the country, the overall success of the Presidency of the Council of the EU is determined by two main factors.

On the one hand, the administrative skills and capacity of the policy officials are crucial, since they have to prepare the hundreds of meetings and working groups chair them and most importantly, broker a consensus on the policies among all the EU Member States. To this end, they need to present themselves as highly organised, professional, neutral and diplomatic. Their goal is not simply to introduce new legislative files, but even more challengingly: to reach agreement and close files whose discussion might have started during the previous Presidency or even the one before that.

Thus, the common misunderstanding that the Presidency of the Council of the EU is used to advance national interests rings false. Successful presidencies are the ones that manage to reach consensus on legislation that is a priority for them, but also the ones that manage to step up and find an agreement on a policy that is not in their direct national interest or expertise. Malta, for example, has a small farming sector and did not have agriculture listed among its priorities during its Presidency in early 2017. Nevertheless, the Maltese presidency was heralded for closing a difficult file on organic food that previous governments had struggled with.

At the same time, sticking to the set priorities and delivering on them is also important. The Estonian presidency, preceding the Bulgarian one, was well known for its focus on the Digital Single Market. Although they did not manage to close all the files they hoped to, the Estonians succeeded in putting the digital focus on EU policy, getting the political support from EU leaders and in concluding legislative files on consumer rights when shopping online, as well as to end retailers’ policy of geo-blocking. The digital priority is one that will be continued by the Bulgarian presidency and the successful implementation of remaining files would show continuity that would prove the success of the “trio” format of the Presidencies. 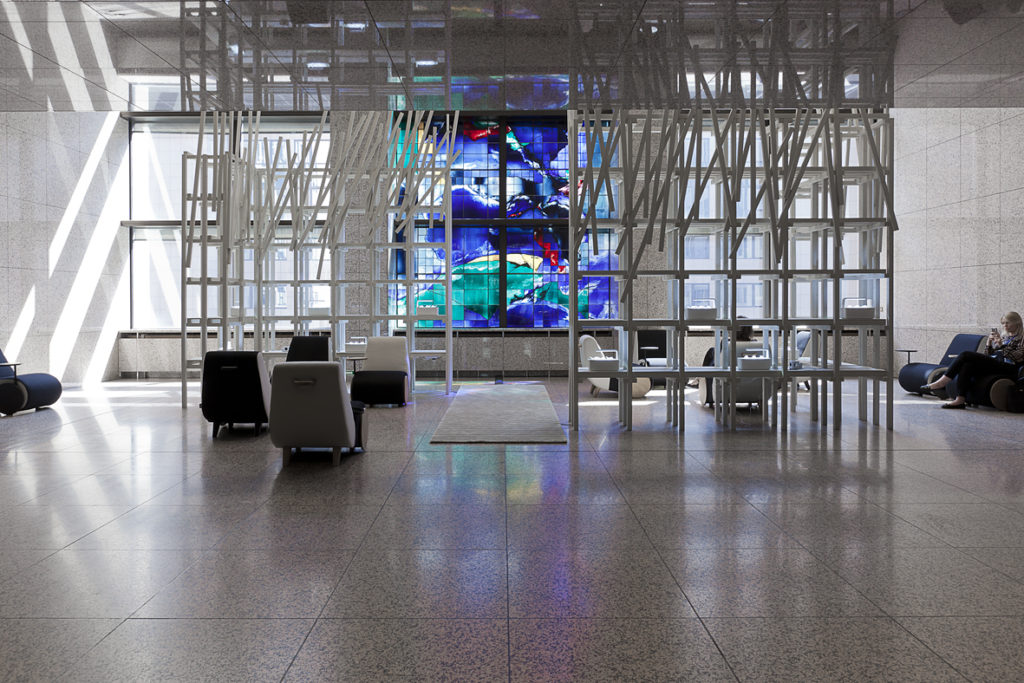 Design concept of Brussels’ spaces for the Estonian Presidency of the Council of the European Union
Photo: Ingel Vaikla

On the other hand, the political leadership of the presiding country should also not be underestimated, and is the second key ingredient to a successful Presidency of the Council of the EU. The political elites need to be invested in the work of their public servants and continuously back them. The impact of their support is, naturally, also dependent on their own legitimacy, stability and international credibility: factors which should be neither downplayed nor considered as the main focus of the Presidency.