Beyond Brexit - A clash of visions and values - MOVE.BG

We are to see what the long-term effects of the affirmative vote from the UK referendum on leaving the EU will be. The short-term effects of Brexit are already known – overnight the United Kingdom slipped from fifth to sixth economic power in the world; the stock market lost 200 billion dollars, the British pound reached its lowest point in 30 years.  We witnessed a rise of the far-right and populist voices in Europe, further deepening the division and insecurity. Along with this, Brexit pushed the European leadership to seek solutions for consolidation of the Union.

If, however, we decide to interpret what happened in the UK on 23rd of June, without emotions and accusations, we will recognize a process that is much deeper than the inadequacy of the political leadership to deal with the public attitudes. A process that goes well beyond the UK. Britain had the unfavorable chance to be the first to experience it on its territory..

A clash of visions and values

The vote in the UK clearly highlighted the dividing lines of our time – generational, educational, and regional. The position of the young and educated, who recognize the opportunities for development in the globally connected environment and who think rationally about the gains from being part of the European club, grow further apart from the notions of economic and social security of the past generations. Unable to see the challenges of our time as opportunities, the less educated people tend to cling to the known, the national, the small circle. The differences deepen between the cosmopolitan and economically strong centers – where knowledge is, and the periphery.
Brexit is the proof for this process. 75% of Britons under 25 and only 39% of those above 65 years old voted to remain in the EU. For Britain to remain as part of Europe voted 71% of British citizens with higher education, while 66% of the least educated wished for their country to leave the Union. People started talking about “Scotlondon” because of the clearly declared will of the industrially developed Scotland and the citizens of London to continue the UK membership o in the EU. The Leave campaign found serious ground in the countryside being based on unsupported promises and a play with people’s fears.

The deficits in the model of international cooperation

The European Union, born and structured after the Second World War as a mechanism for partnership and cooperation and a guarantee for peaceful democratic development of Europe, does not adequately meet the needs of the new times we face. The heavy bureaucracy, the politics of ‘red carpets’, the lack of new vision for the European project and clear articulation of the gains from being together in the Union in times of changed geopolitical and economic balance in the world, gives ground to nationalism and xenophobic attitudes in Europe. The elites do not understand their responsibility to translate the advantages of European membership, as well as their role to adapt the European process to the standards of the changing globally connected world.

If Boris Johnson had estimated that 12.6% of the British GDP depends on trade with the European market, which can be secured in the future with enormous diplomatic efforts with unpredicted results, he would have probably reconsidered his campaign for leaving the EU.

Brexit has also been a wake-up call for Europe. Along with the recognized risks for the European project such as the increasing acts of Euroscepticism; the rise of the populist parties in Austria, Denmark, Hungary, the Netherlands, and Poland; the dramatic effects of the European referendum have woken up the elites in Europe. It has provoked the European leadership for a new dialogue about the model and effectiveness of the European process. I believe this will result in speedy reforms of the work of the EU, as well as new measures for adequate addressing of the democratic deficit.

A working European process is necessary for all of us as a guarantee for the security and the quality of our lives. For Bulgaria, the membership in the European club is the only horizon for development and a constructive corrective – a fact that no one should underestimate.

The result from the British referendum proves even more. The public process has reached new dimensions in the globally connected environment. Social media replace classic media outlets. Today each one of us is a medium and could publish their arguments and easily receive public support for it. The closed clubs of the chosen ones are being replaced by an online agora, which directs the public agenda more and more. The format is now much more important than the content, and attractive ideas gain more popularity than the expert opinions.

The lack of restrictions and borders makes the web a convenient place for quick spread of speculative and manipulative reasoning. It is a magnifier of our values and moral framework.

The formal political leadership is forced to exist in this new type of environment without having the instruments to direct it. A tweet with a promise to redirect the national budget from the EU to the national healthcare system has a much stronger effect than the same promise at a party meeting. The result of the referendum in the UK proves it.

Contradictory information attacks us through formal and informal channels. Capturing the truth among numerous speculative information sources becomes more difficult.  There is less and less time allocated for critical assessment of the information. People often make choices without detailed analysis, just following popular trends on Facebook and the validity of a statement is measured by the number of the ‘likes’ it gets.

The attitude “I don’t need to know this, Google does” has become very popular. To many people Google is the ultimate source of information. Google has also been the prime informational source for the Britons about the consequences of their choice after the release of the referendum results. According to Google “What is the EU?” was the second most popular search in the UK after results were announced, right after “What does it mean to leave the EU?” which was search number one. Once again highlighting the fact this happened after decisions were made and results were out. First come the likes on Facebook.

An easy channel for manipulation

The lack of critical thinking when absorbing information creates a fruitful environment for the distribution of populistic and manipulative arguments. It is being exploited by those who are interested in the destabilization of Europe and the world. They know well and use all possible channels for destructing the public trust by spreading suspicions and division, as well as promises for easy, magic solutions of problems.

Together with the alternative ones, the classic media also becomes a channel of such ideas very often. In the race for the attention on the online media terrain they often have difficulty to keep their professional line. Often the chosen ones are the spectacular rating producing news instead of the valuable ones. The public awareness and attitude towards important events is being deliberately distorted by "information smoke bombs".

Ideas that won over the constructively critical voices in the UK. The net losers are the Britons, but also all Europeans. This is the agenda of those who want to see Europe unstable and divided for the realization of their geopolitical ambitions.

Understanding of the problems in Europe from such a perspective requires consolidation of the constructive forces and building a unified voice of the formal and informal leadership as opposed to manipulative ones. It means refusing tinkering with the audience for short-term political goals.

In fact, the result of the referendum in the UK was due to the flirtation with public expectations. David Cameron’s election promise to conduct a referendum on Britain’s membership in the EU saved his party in the short-term, but put at risk the future of both Britain and Europe. In practice he was the one that opened the door for Farage, and also for his party opponent Boris Johnson. The result is well-known.

The finalist Trump is a product of the same process. The Bulgarian examples are also well known.

Brexit highlighted another aspect of the changed environment. The role of parties in their traditional format is replaced by networks of interests. More and more people choose to gather around ideas and causes in the short-term rather than follow party doctrines. The strength of the collective voice that deals with the new connectivity instruments could not be contained by the traditional institutes for expression of collective political will. An example of this are the 3.5 million signatures collected in 48 hours in support of a second referendum.

The new age comes with new axioms – of connectivity, solidarity, and sharing

Brexit brought to the surface the deficits and the backwardness of the traditional political process – in the UK, in Europe and the world. The new age comes with an entirely new philosophy – the one of connectivity, solidarity, and sharing. A philosophy whose agents are the 25 year old knowledgeable young people who understand the advantages of our connected world and choose to create through collaboration. They are critical towards problems, but seek solutions through unity and causes. This is the new moral framework of living, in which opposition is being replaced by sharing. The role and strength of the people of the new age is growing. They are everywhere and they are together, because they know the code of the new connected world. Institutions have to change according to the rules of the new order or to drop out – in the UK, Europe, and the world. Brexit is a lesson on the path towards this change. 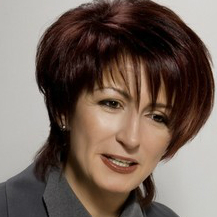 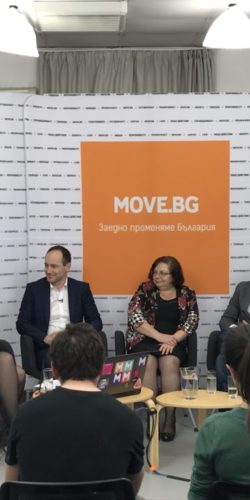 European integration is a strategic choice

A MOVE.BG discussion in light of the EU-Western Balkans Summit 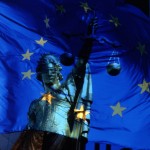 The CVM Report from January 2015: What are the Next Steps?

The event will put emphasis on the role and the effectiveness of the cooperation and verification mechanism at its current format, on Romania’s progress compared to Bulgaria’s, and also on the immediate tasks in the fight against corruption