The future of enlighters of the future

Every year we celebrate the Day of National Enlightners and traditionally we look towards past. Comparing it with the present – through the individuals who held us together as a people - those who have built the foundations of our national identity, and those who maintain it today.

For MOVE.BG (Bulgaria can) this is the occasion to express ourselves and our own ways of storing Bulgarian cultural identity in the big mirror of our spiritual revival as a nation. But also to break this impact in complex socio-cultural prism of the time within we live and the time we will live in future.

Because all of our initiatives - from virtual historical map of My Bulgarian history, our creative workshops for children, our new Handbook for electoral reform, our initiatives for judicial reform, to the coming Summit on Sustainable Development in partnership with the Grand Duchy of Luxembourg, in the context of their Presidency of EU – all of them are driven by a deep belief that our common future in our country is democratic, but democracy is knowledge. That knowledge belongs to all of us, because the future knowledge is digital, accessible to all and the result of our common action, and therefore it can only be holistic, multi-layered and free of dogmatism.

This belief is the engine of inexhaustible desire to connect the wise and the able in order to create MOVE.BG`s (Bulgaria can) community of people with expertise in different areas and to support and invest in those ideas that will hold our national identity strong and in those people who share our cause and mission to disperse knowledge.

That is why we are looking at enlighters of our society and ask ourselves how they are formed and what are they?

Why the most important figures in the community are born in times of  greatest challenges and what is this quintessence of team spirit, able to establish a nation. Which were the characters who has formed national consciousness and character? And if here in MOVE.BG (Bulgaria can) we tune in the universal chorus of seemingly pathetic nostalgia for the Renaissance and its heroes, it is not because of  historically sadness for theirretrievably lost, but because we look ahead. We are asking all these questions about the past, so we can answer the most important questions of our present: who are the spiritual leaders of the future and what will be their future? In whose hands will be our national and our cultural identity after 10, after 20 years.

How Bulgarian culture will be entered in European cultural collage in his own uncertain multinational life?

For we know that the solidity of the history is not only the basis and corrective, but it is also responsibility for what we stand for.Asking a traditional issues always passes through the same traditional and unconditionally reassurances – the fine translucent diaper, which holds our culture and because of which we are people,  is the language. And Enlighteners will continue to be those who guard and give us the language. But language is alive and full-blooded organism and is not granted that it will always be in good health. Even more sometimes it is a subject of extinction. And this is true for any language! Including the young and those who seldom realize we owe some of the greatest achievements of the modern world.

Few days ago, for example, NASA announced that desperately is looking for an engineer who mastered ancient programming languages Fortran and almost dead Algol which support already forty years of the space mission "Voyager", which besides keep our folklore masterpiece "Izleyal Delio haydutin", continues to send encrypted information even beyond our solar system.It is unnecessary to clarify that in the context of assembler languages antique is 50-60 years old.

Going back to Earth and stepped back from the world of programming in this life, we really are worried.

Linguists argue that average one language disappears for every 14 days, and according to various forecasts from nearly 7,000 languages that people speak today by the end of this century, living languages will be barely 20% of them. And with disappearing languages are disappearing cultures, traditions, we lose identities, the memory fades, people fade.

Therefore, on the Day of Enlighteners we celebrate what holds our national spirit whole – holders of culture, knowledge and values, value of languages. With the naive optimism that they continue to exist and that we are doing enough in order to have them in the future. Therefore, we allow free modern interpretations of Bishop Konstantin and his "Naked are nations without books, without strength to fight, without weapons against the enemy of our souls." And we can assume with a sense of humor that is predicted as "Riben bukvar" and Bulgarian Wikipedia and Bulgarian recent novels on my Kindle.

In him we logically found answer of the question what are going to be our spiritual leaders of the future.

They are innovators, those Europeans with Bulgarian cultural identity, which thanks to their national literature, modern knowledge, technological advances of the time and science,will keep our national spirit, tradition and language alive. These are the people who write and store the Bulgarian literature and history, those thanks to whom our culture lived fully and without fear its virtual life.

We believe that we are enlighters, too – by our projects such as My Bulgarian history, by workshops for children's fairytales and by all of our initiatives for knowledge. Enlighters are also all our friends and partners, investing time, money, talent and energy in teaching others, to gather, systematize and digitize pieces of our common cultural life and because of whom today we celebrate with Enlighteners of Renaissance Bulgarian culture alive. 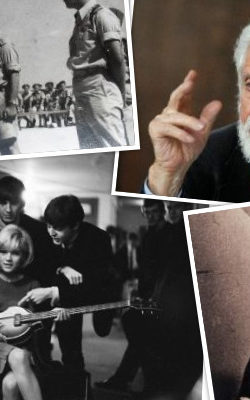 Bulgarians, who write other countries’ history

A new campaign of “My Bulgarian History” 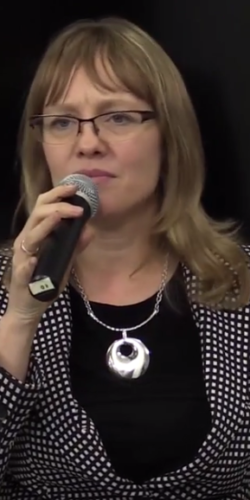 "Why are you here?" - Angela Rodel