What are the Technologies that Will Reshape our World?

Quantum computers, optoelectronics, and bioprinting are among the technologies in the new report “100 Radical Innovation Breakthroughs for the future.” 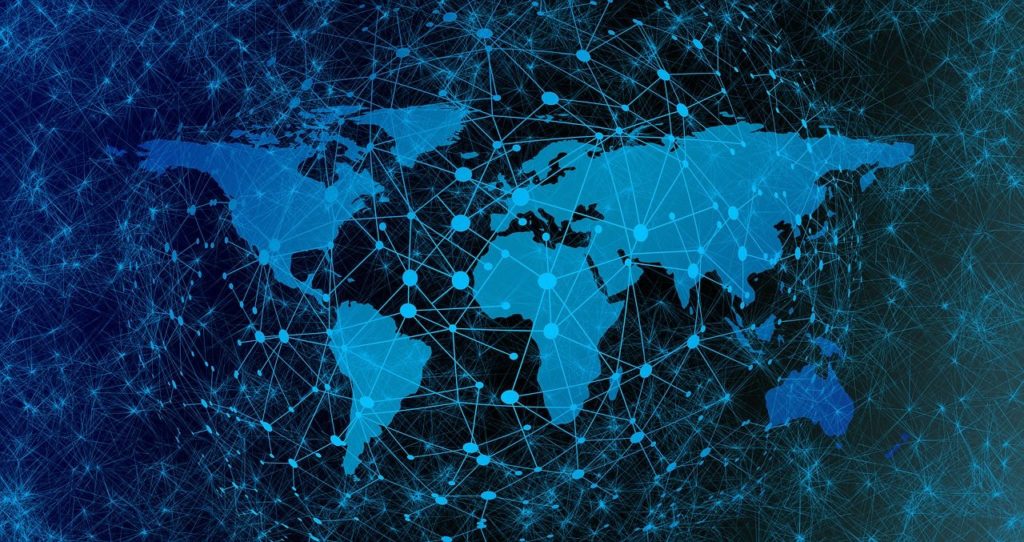 Have you heard about swarm intelligence? Do you know what exoskeleton is? Have you ever used hyperspectral imaging?

All these inventions have been named as part of the list of technologies that will reshape our world in the report “100 Radical Innovation Breakthroughs for the future.” The analysis has been made by an independent expert group under the umbrella of the European Commission. The study includes potentially important cross-cutting, disruptive technologies that can influence the global process of product and services creation and offer solutions to societal challenges.

The report, which also makes several policy recommendations, is part of the EU radical innovation scanning in a bid to prepare the new scientific program Horizon Europe, the successor of the current Horizon 2020. The 100 technologies are divided into two groups of Radical Innovation Breakthroughs (RIBs): 87 are emerging technologies and 13 upcoming social practices. Some of them are already used in the business and society, while others are only in the experimental phase.

Radical Innovation Breakthroughs have two main characteristics, the experts explain in the report: an unusually high impact potential, as well as the potential to disrupt technical, economic, and social structures. RIBs are constantly developing and result from cumulative processes of multiple inventions and innovations, and their diffusion and adaptation to different circumstances.

“Many of the innovations in this report sound like science fiction, but are on the way to becoming science fact,” Carlos Moedas, the EU Commissioner for Research, Science, and Innovation, has said in a statement.

“It is fascinating and refreshing to get such a broad overview of potential future innovations together with an analysis of Europe’s relative position on the world stage. This report will help policymakers across Europe prepare for the future and will intrigue anyone interested in what that future will look like.”

The list was created after a multiple-step procedure, including machine learning and human evaluation. The expert group conducted an analysis of 150,000 news items from 200 platforms and made an initial list of 130 inventions. After that, special consultations with a broader group of European experts and Ph.D. students led to the creation of the final list.

“Breakthrough innovations are needed to boost the quality of our science as well as to address the many challenges faced by people today, individually as well as collectively,” Jean-Eric Paquet, Director-General for Research and Innovation at European Commission, writes in the report.

“[The analysis] provides a strategic resource to all those concerned with decisions on science, technology, and innovation...The collection of radical innovation breakthroughs can create common references between different policies and facilitate interactions.”

The 87 emerging technologies are divided into eight thematic groups. For example, some of the most interesting examples in the category Artificial Intelligence (AI) and Robots are:

According to the report, the AI domain is populated by many RIBs with a low maturity today, but with a high potential to influence various businesses. Therefore, the new AI wave rushes forward into many application arenas and may change established value generation patterns in several sectors, the experts claim. 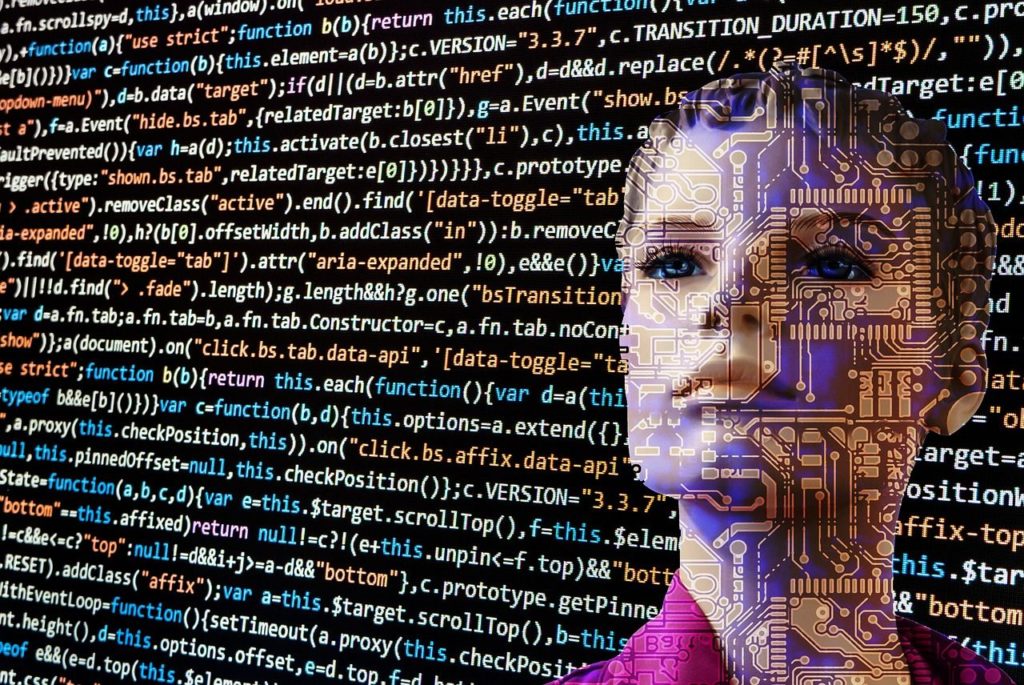 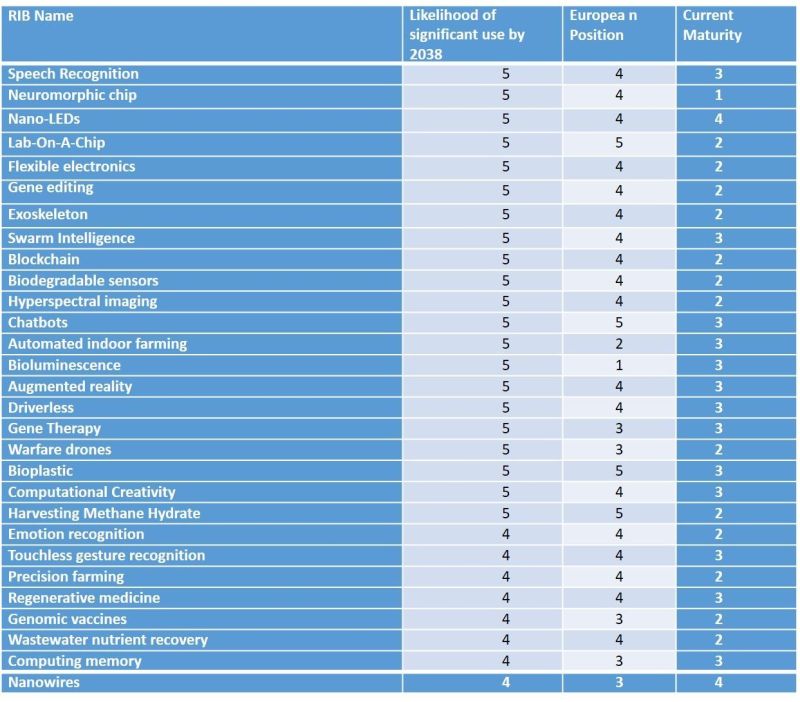 The experts wrote several policy recommendations to the European Union. According to the group, the bloc should position itself strategically for the new wave of Artificial Intelligence as AI is a cluster of innovations that will have an enormous influence on the global economy and society in the future. 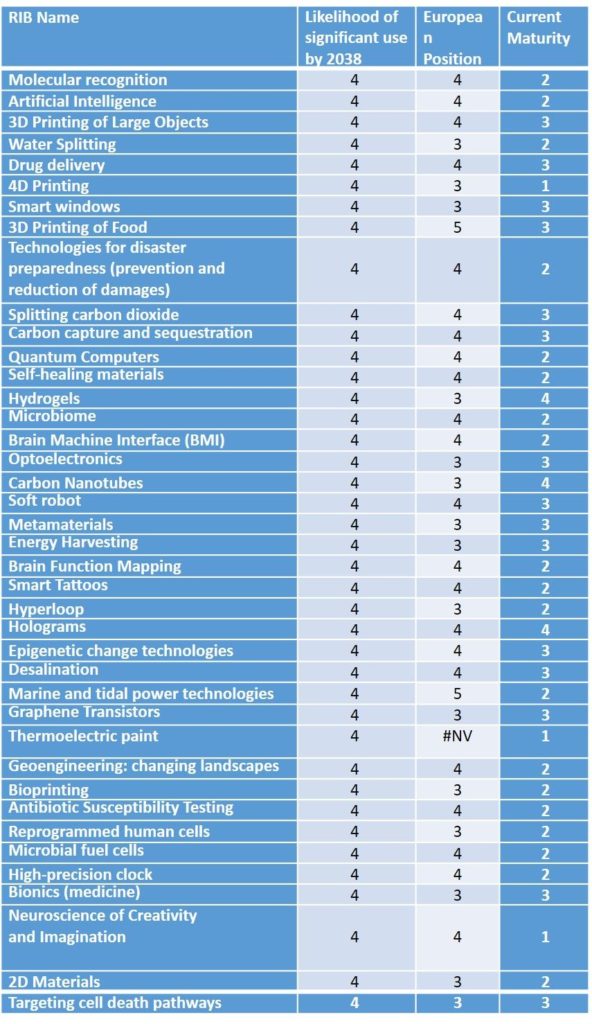 The EU should put a special focus on the 45 technologies that currently are with low levels of maturity but have the potential to enter the business and everyday life in the next 20 years. Biodegradable sensors, warfare drones, energy harvesting, and 4D printing are among those inventions.

“4D printing adds an additional element of time to 3D printing/additive manufacturing. 4D-printed objects can change shape or self-assemble over time if exposed to a stimulus – heat, light, water, magnetic field or other form of energy – that activates the process of change,” the report states.

“Among the ground-breaking applications expected are drug devices reacting to heat changes of the body, shape memory materials allowing solar panels to auto-rotate towards the sun, and self-repairing infrastructures.” 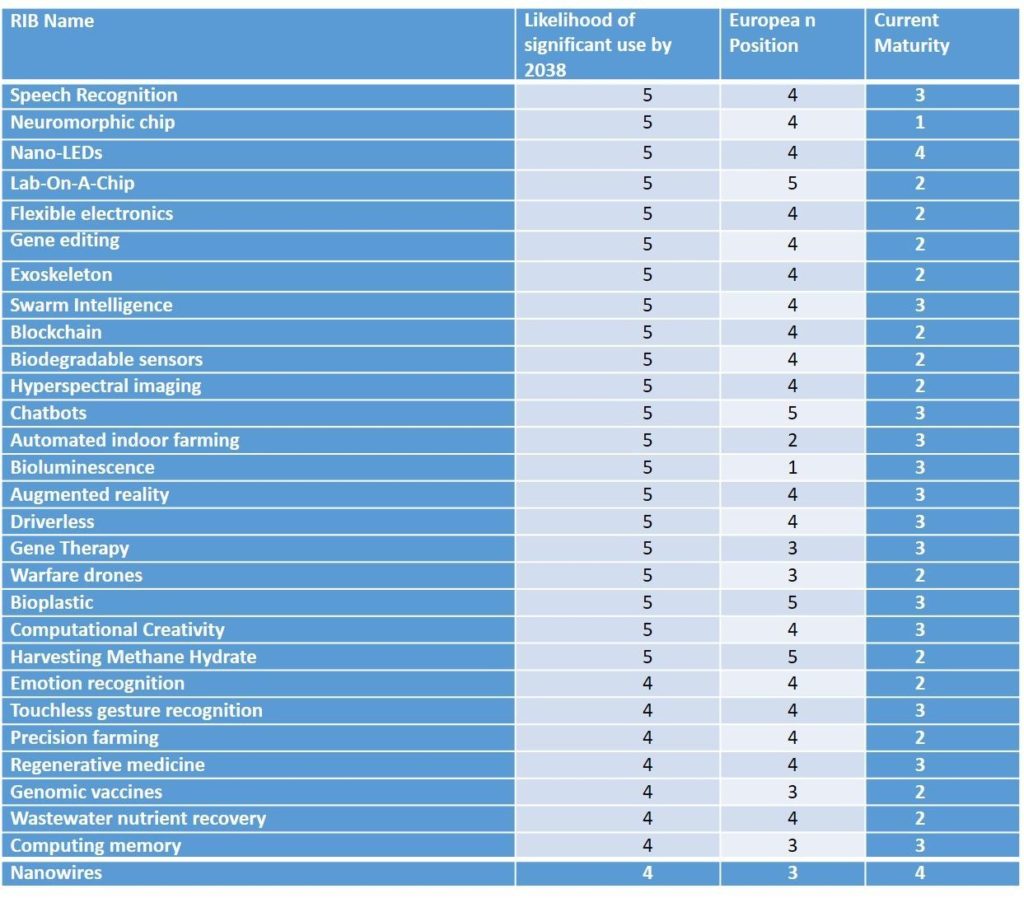 According to the expert group, the EU should not ignore highly speculative technologies, namely neuromorphic chip, neuroscience of creativity and imagination, plant communication, spintronics, bioelectronics, aluminium-based energy, airborne wind turbine, artificial photosynthesis, 4D printing, asteroid mining, thermoelectric paint, artificial synapse/brain, and flying car. In those areas important economic and societal innovations can unfold very fast and therefore, they should be under the radar of the new scientific program Horizon Europe.

The experts recommend the EU to review regulatory and legal frameworks so that the bloc can explore the potential of all RIBs. Moreover, the Union should analyze whether an industry policy is needed to foster the European position in the weaker mature areas such as carbon nanotubes, nanowires, and hydrogels.

The last advice is for a particular focus on the technologies associated with the United Nations Sustainable Development Goals (SDGs). According to the experts, there are two waves of change: the first is information and communication wave, which relies more on private and business activities while the second is related to social innovations that would underpin SDGs. The second wave is far less clear in its technological scope and depends on broader demand factors, such as the political and social imperatives, the experts claim.

“European strength in science, technology and industry is necessary to ensure that Europe is competitive and able to achieve its objectives for its future. To be competitive, Europe needs to maximise the value and productivity of its investments in R&I, and this requires appropriate intelligence and coordination between relevant policies and strategies at EU, national and regional levels,” authors of the report explain.

“We hope that the RIBRI study will nudge Europe’s authorities to further develop their intelligence efforts, to identify key innovations of the future and to debate their usefulness and possible trajectories with maximum benefit for its citizens.”

MOVE.BG constantly works to promote projects in Bulgaria that implement emerging disruptive technologies. Our project “The ChangeMakers of Bulgaria” identifies, connects, and unites the drivers of change from the country into a national network.

Bulgaria has talents who address challenges from around the world. We want to show their faces, in order to stimulate the change coming from Bulgaria to the world.

We are making our tomorrow together!

What about the 13 upcoming social practices? Read here! 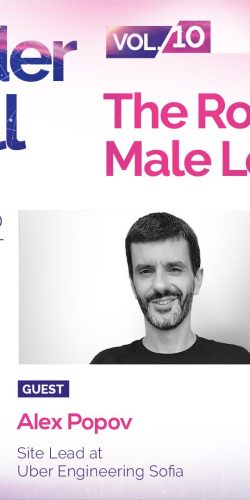 SHEleader in a SHELL: The Role of New Male Leadership

Join us on March 16 and meet Alex Popov from Uber Engineering Sofia. 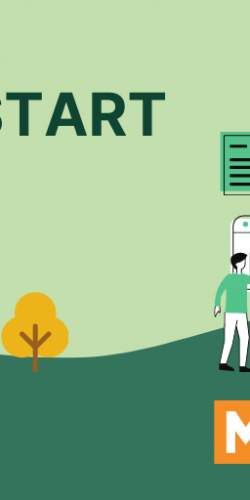 Bulgaria may be Green and Wealthy. Let’s not Miss this Opportunity!

The Green Restart Coalition, initiated by MOVE.BG has published an opinion paper demanding changes to second version of the National Recovery and Resilience Plan. The Paper also includes concrete proposals for improvement of the Plan.